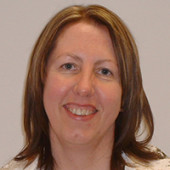 Professor Geraldine Hartshorne is Head of Research Degree Studies of the Warwick Medical School at the University of Warwick, UK, and Scientific Director of the Centre for Reproductive Medicine, University Hospitals Coventry and Warwickshire NHS Trust.

Her research career began in Cambridge, with a PhD supervised by Professor Robert Edwards, who not only stimulated her scientific research but also engaged her in a broad range of clinical, editorial, educational and ethical activities that form the foundations of her current portfolio. She won the McIlrath Research Fellowship at St Hilda’s College and initiated a seminal study of early meiosis in human females. In 1995, she moved to the University of Warwick, to lead scientific services at the Centre for Reproductive Medicine, as a Principal Research Fellow in Biological Sciences.

Her research on indicators of human oocyte and embryo development, licensed by the Human Fertilisation and Embryology Authority, studies both basic scientific and clinical quality assessments, turning most recently towards implantation signalling.

Dr. Hartshorne is also a pathologist for clinical embryologists and she supervises PhD and MD students within the Biomedical Research Unit in Reproductive Health. 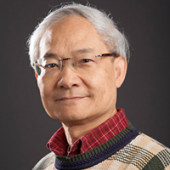 Dr. Frederick W. K. Kan is professor of anatomy and cell biology in the Department of Biomedical and Molecular Sciences of the Faculty of Health Sciences at Queen’s University. His research career began at McGill University in Montreal where he completed both his M.Sc. and Ph.D degrees under the mentorship of the late Professor Charles Philippe Leblond whose dynamic personality as a pioneer in cell biology and stem cell research motivated him to pursue a career in research and academia.

After completing post-doctoral training at the National Institutes of Health in the U.S., he was appointed an assistant professor in the Department of Anatomy and Cell Biology of the Faculty of Medicine at the University of Montreal. He was a scholar from the Medical Research Council (MRC) of Canada which is now known as the Canadian Institutes of Health Research (CIHR). At the University of Montreal, Professor Kan developed a research interest in studying the role of oviductal secretions in regulation of gamete interaction and fertilization and became one of the pioneers in investigating the role of an oviduct-specific glycoprotein also known as oviductin in reproductive function.

In 1994, he moved to Queen’s University and continued his research in studying the role of human oviductin in the early events of fertilization. He was the acting head of the Department of Anatomy and Cell Biology from 2001-2002 and designated director of the Research Group in Reproduction, Development and Sexual Function from 2002-2004. Professor Kan is actively engaged himself in teaching undergraduate students and supervising graduate students and research trainees. His research program has been supported by the Canadian Institutes of Health Research (CIHR) and the Natural Science and Engineering Research Council of Canada (NSERC). He has also served as a member of several grant review panels for CIHR and as a member of a grant review committee for NSERC. 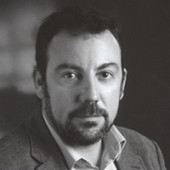 Dr. Horcajadas graduated in Biology (Speciality of Molecular Biology and Biochemistry) from the Universidad Autónoma of Madrid in 1993. He was a Predoctoral Fellow of the Madrid Community in the Institute of Biomedical Research of Madrid and Center of Molecular Biology “Severo Ochoa” until 2000. He was also awarded a Postdoctoral fellowship from Foundation Raúl González-Salas for one year in the same center.

His research has focused on the molecular basis of embryonic implantation and endometrial receptivity, and was principal researcher of a Grant from Generalitat Valenciana for young scientists in 2004 and 2005. He has also been principal researcher on other projects funded by pharmaceutical companies (Ferring) and private foundations (Bertarelli Foundation) and won the prize Salud 2000 in 2004 for a study in the field of obesity and infertility and at 2012 at American Society of Reproductive Medicine. 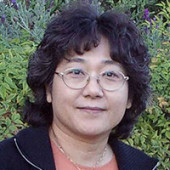 Dr. Taketo holds a PhD. in Pharmacology from Kyoto University, Japan. Her postdoctoral training was conducted at the Biomedical Research Center, Population Council, New York and is currently an Associate Professor in the Department of Surgery, McGill University. Her work is supported by CIHR, NSERC, and MITACS grants.

Dr. Taketo’s research interests are primarily focused on women’s fertility. As she explains, women’s fertility is limited by the quantity and quality of eggs (named oocytes), both of which decline with maternal ageing. She has published research on (1) the mechanism that determines how many and which oocytes are retained during fetal development, and (2) how bidirectional communications between an oocyte and its surrounding follicular cells influence oocyte competence for embryonic development.

Additionally, Dr. Taketo is also interested in a surveillance mechanism by which errors in chromosome processing result in elimination of oocyte and sperm progenitors. Her laboratory uses mouse fertility models to investigate these questions to further understand the essential mechanisms that control oocyte and embryo quality and help improve assisted reproductive technology outcomes for infertile couples. 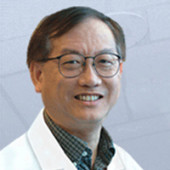 Dr. Tsang is the Director of the Ottawa Hospital Research Institute’s Reproductive Biology Unit. He is also a Professor of Obstetrics & Gynaecology and Cellular & Molecular Medicine at the Interdisciplinary School of Health Sciences at the University of Ottawa and a Senior Scientist with the Chronic Disease Program at the Ottawa Hospital Research Institute.

The ovarian follicular growth and female infertility research program is focused primarily on (1) defining the physiologic actions and interactions of endocrine and intra-ovarian regulators and their intracellular signaling pathways and mechanisms in the control of normal follicular growth; and (2) understanding the complex pathophysiology of polycystic ovarian syndrome (PCOS) 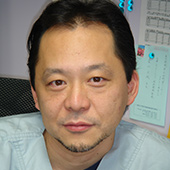 Dr. Kuwayama, during his early reproductive research projects on animals, was the first to help cows carry healthy calves to term after vitrification of IVF blastocysts in 1991 and MII oocytes in 1992. He was also first to succeed in establishing vitrification technique of porcine pre-hatching blastocysts and oocytes in 1997-1998. He developed an efficient vitrification method (Crytop/Cryotec method) for human oocytes in 1999 and embryos in 2000. He established the actual first human oocytes bank and obtained the first vitrification baby in Japan and in USA. There has been so far more than 2,000,000 human oocytes and embryos vitrified in his and related centers. His Crytop/Cryotec methods are now used in over 1,200 clinics in 55 countries. 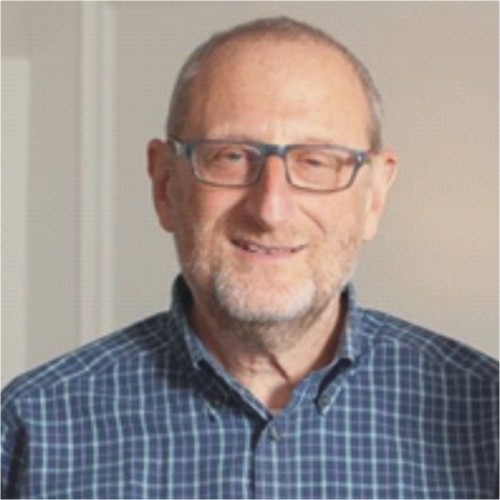 In addition to his appointment as Federation Co-Chair of the International Society for Prenatal Diagnosis (and a former President of this organization), Dr. Cuckle is a prominent researcher and professor in some of the most highly respected academic institutions in the world. Currently a visiting professor of Obstetrics and Gynecology, Faculty of Medicine, at Tel Aviv University in Israel, Dr. Cuckle is also Adjunct Professor, Obstetrics and Gynecology, Columbia University Medical Center, New York, USA, and Emeritus Professor, Reproductive Epidemiology, University of Leeds, UK.

The central focus of Dr. Cuckle’s research is screening for Down syndrome and adverse outcome of pregnancy such as early pre-eclampsia (complications related to pregnancy, such as high blood pressure, maternal diabetes, and other potentially pregnancy and life threatening illnesses). With blood, urine, cells and DNA collected from large numbers of problematic pregnancies and apparently normal pregnancies, Dr. Cuckle is developing protocols for certain screening markers that could be used to precisely determine the likelihood of genetic anomalies, chromosomal abnormalities, structural malformations, and genetic diseases much earlier in the pregnancy.

Dr. Cuckle’s contribution to OriginElle’s Scientific Advisory Board allows our doctors to have access to the latest research in this critical field, helping our patients experience as normal and healthy a pregnancy as possible. 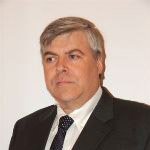 Professor Zeev Shoham serves as the head of the Fertility and IVF Unit at the Kaplan Medical center in Rehovot, Israel. Professor Shoham was born and raised in Jerusalem, Israel. He received his M.D. degree from the Hadassah Medical Center in 1981. Later completing, his residency at Kaplan Hospital in Rehovot, and his fellowship in infertility and in vitro fertilization at Tel - Hashomer Hospital and MIDDLESEX Hospital in London, UK. Since 1988 he has specialized in a wide range of treatments including: Fertility treatments, in vitro fertilization, oocyte retrieval preservation and freezing, donor eggs and sperm, care for women during pregnancy and follow-up and treatment of postmenopausal women.

In 1991 Prof. Shoham received an award from the European Society of Human Reproduction and Embryology for the best scientific research that year in Europe for his work on stimulating sperm production by adding GH to treatment with gonadotropins in patients with hypogonadotropic hypogonadism.

Professor Shoham has published over 140 papers in the field of Reproductive Medicine, and his publications had won international awards. In addition, he has contributed chapters to numerous books. He is the editor/ author of the textbook, Female Infertility Therapy: Current Practice (1999), and one of the four editors of the textbook, Assisted Reproductive Techniques, which is at its fourth edition.

Professor Shoham is the co-founder of IVF-Worldwide the most comprehensive website on in-vitro fertilization. Professor Shoham has been organizing internationals medical conferences for the past 18 years and is a lecturer in many conferences in the field. 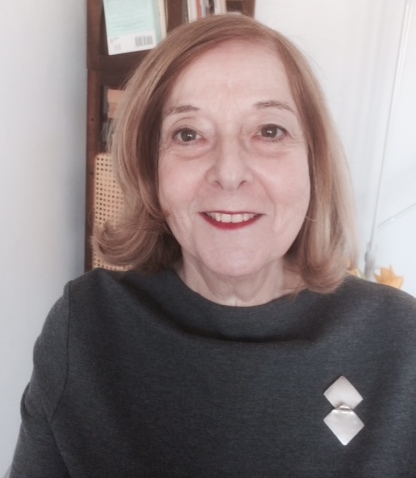 Professor Shenfield has been a member of the International Federation of Gynecology and Obstetrics (FIGO) Ethics committee since 2005, co-chair since 2009, and is currently a clinical lecturer on infertility at the University College of London (UCL) Medical School, where she has been a specialist in the care of infertile couples at UCL Hospital's Reproductive Medicine Unit for over 30 years. She is also an Honorary Lecturer in Medicine (Medical Ethics) at UCL, and is the current coordinator of Special Interest Group at the European Society for Human Reproduction and Embryology (ESHRE).

Responsible for the donor insemination programme between 1984 and 2009 at UCL, Professor Shenfield's clinical work has focused on care of infertile couples, working as a physician in a team which covers all aspects of fertility treatments from ovulation induction, IUI, to IVF.

Professor Shenfield's academic research has covered a broad range of reproductive health issues, specifically that of infertility, both male and female, especially the ethical, legal and social aspects and in particular the European comparative dimension and the psychological dimension of infertility.

Professor Shenfield remains very active in the field of reproductive medicine, and is planning further study of surrogacy at the international level, lectures in workshops and Pre Congress Course (PCC) for ESHRE on sperm cryopreservation for young men and children with cancer, commercialism in assisted reproductive technologies (ART) and the importance of pregnancy care in ART. She also plans to soon publish results of the ESHRE European study on oocyte cryopreservation (OoC).