After ten IVF attempts and seven years of failed pregnancies, persistence at last pays off for a determined Montreal woman in her 40s

Despite a soft-spoken mannerism, Boriana Tzvetkova makes a first impression as a resolute achiever, focused on overcoming obstacles.

A Montreal lawyer, Boriana, 42, immigrated to Canada from Eastern Europe 15 years ago. She and her husband Roumen, a research chemist, had met and dated as neighbors in their native country.

After marriage, the newlyweds saw a brighter future in North America. Part of their plan was starting a family in their newly adopted country.

Following Boriana’s graduation from law school, she and Roumen embarked on their first pregnancy attempt. When it ended in miscarriage in 2006, the couple began seeking help from fertility specialists.

Nearly four years later, Boriana and Roumen had tried everything from acupuncture to fertility enhancing drugs and medical procedures. Still no baby.

“In the beginning, you have great hope when you read the statistics of fertility treatments,” she says. “After you clear every hurdle, you can’t understand why you aren’t succeeding. The pain is indescribable, enormous.”

In December 2009, they decided to try intra-uterine insemination, but again to no avail.

It was time to try in vitro fertilization, the most complex but advanced fertility treatment available. 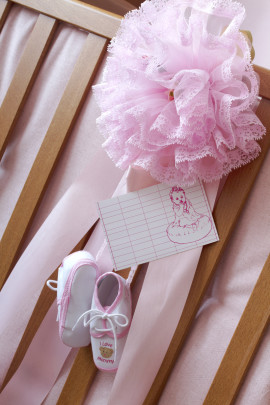 When their first IVF attempt also failed to produce a pregnancy, they tried a second IVF cycle three months later – again with no success – and a third effort three months after that, also unsuccessful.

Nearly two years later, the two had been through six IVF attempts, all to no avail. The experience was not just discouraging but agonizingly mystifying.

From all indications, Boriana is the picture of health: a non-smoker who rarely touches alcohol, with no serious diseases in her medical history. Doctors said there was no obvious reason for her recurring lack of success.

“At one point it looked like there was no hope,” she says. “The doctors said we had done everything and we fell under the 15 percent of cases of unexplained infertility.”

Nonetheless, the experience thus far had nurtured a crumb of optimism, based on new knowledge.

“Because we’d done several IVF cycles,” she says, “we believed we better understood what was working and what wasn’t working in our case.”

Having tried multiple doctors and specialists, Boriana and Roumen eventually found their way to OriginElle Fertility Clinic. There she says her initial appointment in the autumn of 2011 with Dr. Seang Lin Tan – which lasted nearly two hours – immediately revealed a significant difference from past doctor visits.

“First of all, he listened to us,” Boriana says. “The other doctors we’d seen would just follow protocol, even though we would say that our IVF experience so far had shown certain approaches did not work in our case.”

At that appointment Dr. Tan said he, too, saw no medical reason why Boriana couldn’t get pregnant. As an additional measure of encouragement, he gave the couple recent articles from scientific journals to read in hopes of helping them understand more about their biological challenges.

With the beginning of a new year, they decided to start yet another IVF cycle. In January 2012, Dr. Tan was able to retrieve 18 eggs from Boriana’s ovaries. This time the resulting embryos underwent genetic tests.

The results were encouraging, indicating that neither had gene-related problems.

“We had proof that our embryos were healthy and that there must be another reason they weren’t successfully implanting.”

Even though previous lab tests had indicated normal levels on both counts, Dr. Tan hypothesized that an overly active and strong immune system could be causing Boriana’s body to see a healthy embryo as a foreign body and reject it.

Simultaneously, a blood-clotting problem might be interrupting a healthy flood of blood to the uterus, impeding successful implantation.

With this scant information, Dr. Tan consulted other fertility and immunology specialists in Canada, Europe and the U.S. As a result, he recommended the couple try another IVF cycle, but this time Boriana took a blood thinner and baby aspirin as a precaution against clotting.

Eventually Boriana underwent her tenth egg retrieval in the autumn of 2013. Now well past her 40th birthday, when female fertility normally plummets, Boriana knew her odds were diminishing rapidly.

On November 1, Boriana and Roumen got the happiest of news: at age 41, she had beaten the odds of aging and at last was pregnant.

A healthy baby girl, Emma, was born June 26, 2014. After seven long years and nearly a dozen IVF cycles, Boriana cradles her infant in her arms and often reflects on the road to success as surreal.

“I look at her sometimes,” Boriana says, “and I ask myself, ‘Is she real?’

For her, the key was a fertility doctor willing to try new pathways untested by others.

“Dr. Tan looked for not just an IVF solution but a solution that was a bridge between different body functions. This is something no one else ever talked about. If it weren’t for him, I would have stopped trying a long time ago.”